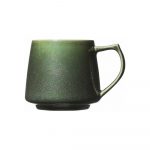 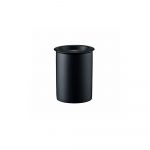 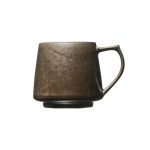 Kiki Mugs are created with a meticulous design process, all for you to fully enjoy the distinctive aroma and flavors of specialty coffee.
They have a unique shape, like a wine glass with a gentle texture. As your lips touch the edge of the cup, it is as if you are embraced by the rich aroma and flavor. 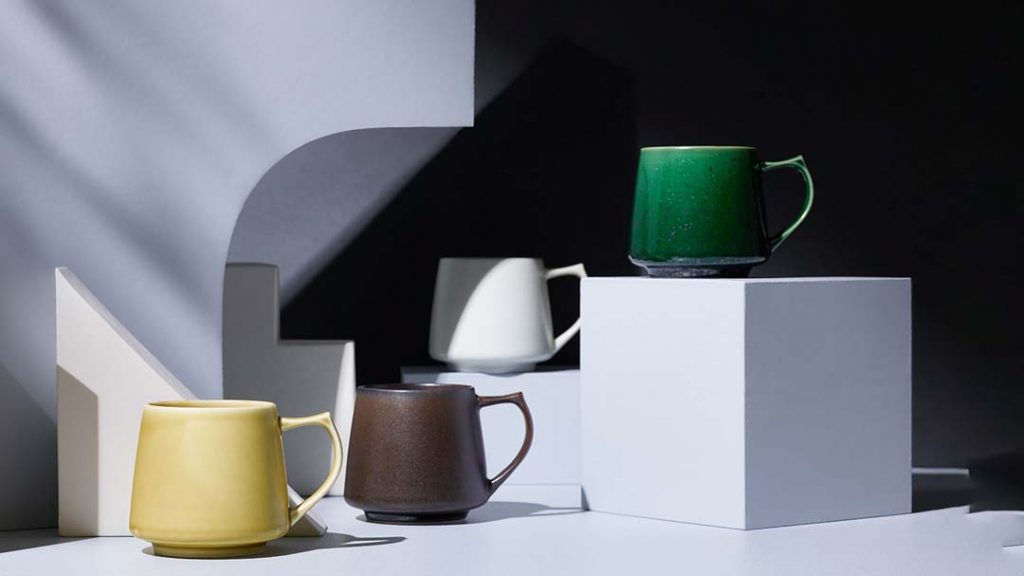 CORES C811 KIKI MUGs are created with a meticulous design process, all for you to fully enjoy the distinctive aroma and flavors of specialty coffee. They have a unique shape, like a wine glass with a gentle texture. As your lips touch the edge of the cup, it is as if you are embraced by the rich aroma and flavor. 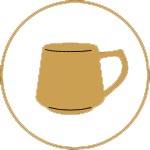 Designed to fully enjoy the distinctive aroma and flavors. 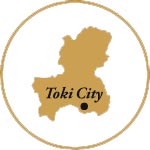 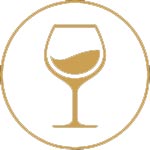 Mug body – like wine glass, captures the aroma longer and brings it to the nose 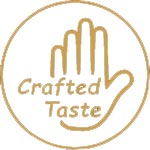 Have a unique texture and color like classic Mino-ware style

Designed for the best aroma experience

The wide bottom and spacious middle of the mug, efficiently bring the aroma out of the coffee. 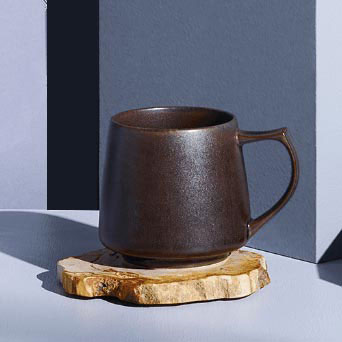 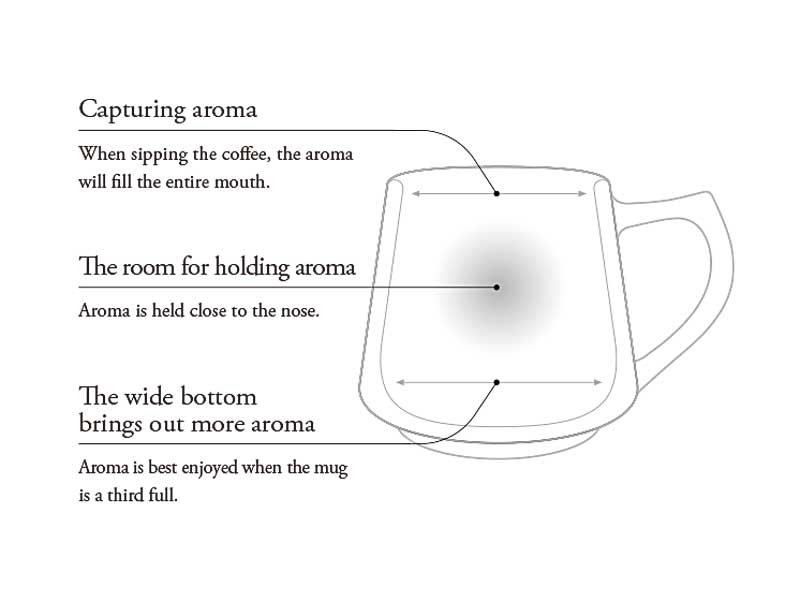 The narrow rim of KIKI Mug encourages coffee to flow into the mouth smoothly, allowing the aroma to linger and the flavors to be enjoyed in every part of the mouth. 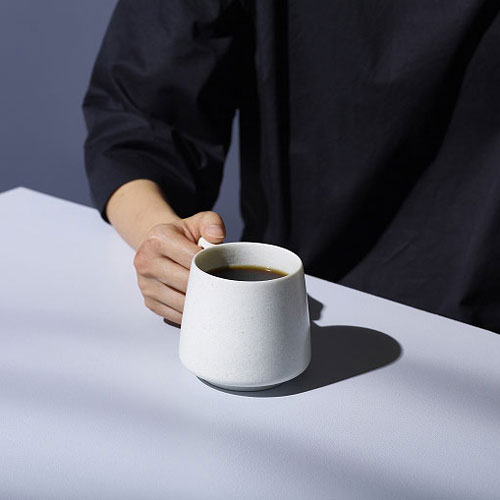 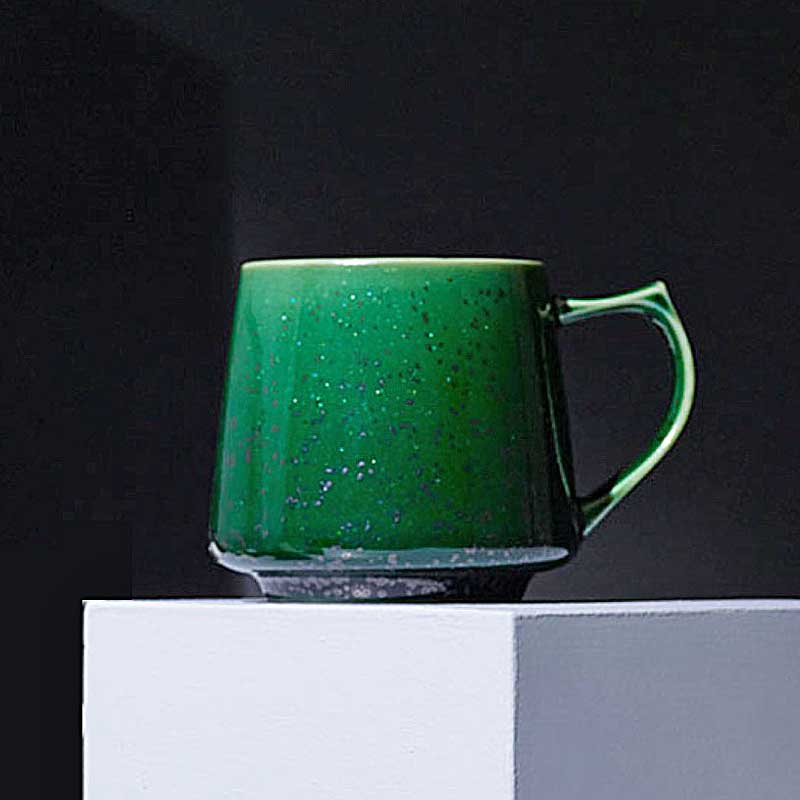 Gifu prefecture is the largest producing region of ceramics in Japan and Kiki Mugs are made with the traditional Mino-yaki method. They are porcelain cups, yet have a unique smooth and wet texture.

They are porcelain cups therefore, safe for microwaves and the dishwasher.
※Pottery ware is typically not suitable for microwave. 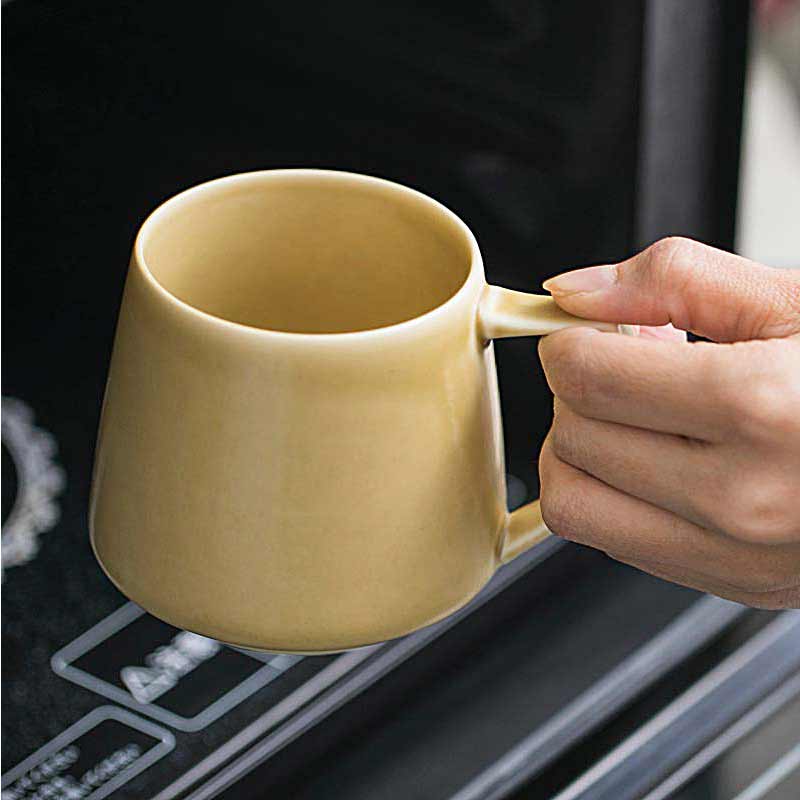 There are various kinds of Mino-yaki products, with 15 styles certified as Traditional Craft. The four colors from the traditional styles are called “Oribe”,”Shino”,”Kizeto”, and “Setoguro”. They are arranged to suit modern designs and are all available for purchase. 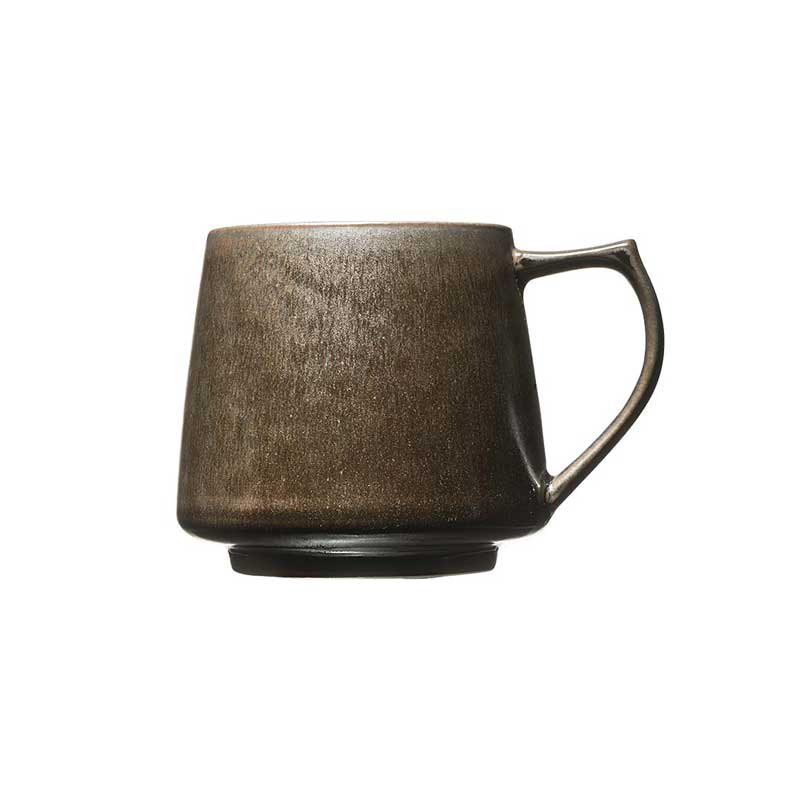 Setoguro is an all black glazed item that was mainly produced during the Tensho period (1573-1593), produced by being pulled out of the kiln while still red-hot. Therefore it is often referred to with the names of tensho guro after the name of the period it was first made during or hikidashi guro which means to pull out.
While Kizeto was mainly tableware, Setoguro only came in the form of bowls. 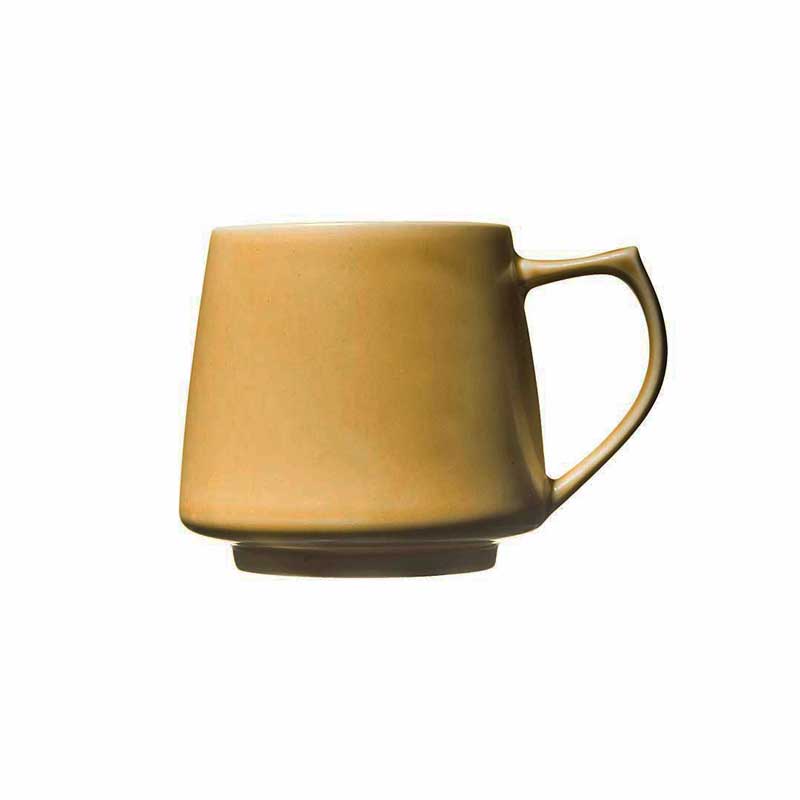 Kiseto means yellow ceramics which came from Seto. Its quality is presented in its softness, calm yellow tone, and some products are designed by carving or the stamp on the surface. By Tanpan (paints with cupric sulphates) or Tessai (underglaze iron) as the decoration technique, the incidental details of brown or green color was added.
Kizeto, which has lately received renewed attention, is another popular kind of Mino ware with a humble and simple form. 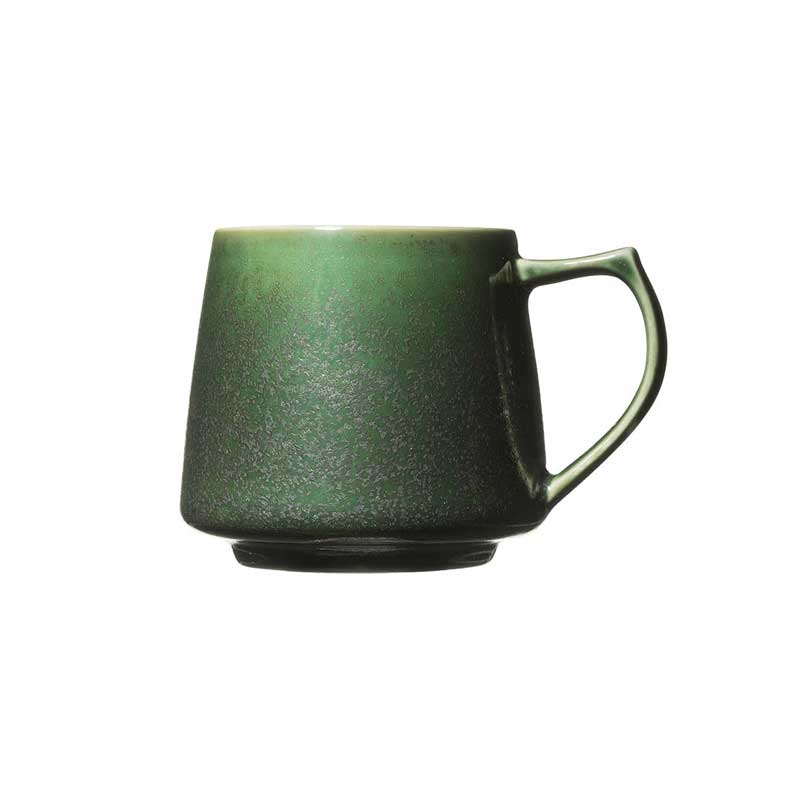 Oribe is novel pottery that was fired in connected climbing kilns in Mino during the beginning of the 17th century. Its name comes from Furuta Oribe-nokami Shigenari(1544-1612), who was the Keicho period’s peerless master of the tea ceremony. It has a deep green glaze, an unique form and geometrical design patterns.

What is Mino ware ?

Mino ware (called Mino yaki in Japanese) is a ceramic ware produced in the Tono area of Gifu prefecture. It has maintained its long history and tradition but adapted for modern times. A notable feature of Mino ware is its wide variety of pottery. Mino ware does not maintain a single style, but instead has over 15 types of pottery registered as traditional handicrafts.

Mino ware was created during the 5th century when Sue ware, potter’s wheels, and hillside kilns were brought to Japan from the Korean peninsula. During the Heian period (794-1185), Sue ware white porcelain was improved by being fired with an ash coating glaze.

From the Azuchi-Momoyama period (1573-1600) until the beginning of the Edo period (1603-1868), the rise of the tea ceremony brought a wealth of artistic pottery. The prominent types of Mino ware like Oribe, Shino, and Kizeto are extremely important. Then during the second half of the 17th century, household containers for daily use started to be produced and pottery covered in white glaze to look like porcelain started being produced. In the final years of the Edo period (1603-1868), porcelain production began and translucent feldspar porcelain came to be produced.

In the Meiji period (1868-1912), various new techniques started being developed like sheet copper and screenprinting as the coloring process was given security by the importation of a blue and white dyeing colorant. Around the middle of the Meiji period, daily household containers started to be produced by larger manufacturers, lowering the cost. Then, at the end of the Taisho period (1912-1926), mechanization advanced by electricity supply increased the production volume, which changed the woodburning climbing kilns to charcoal kilns.

During the Showa period (1926-1988), production of fine items and tiles started, and Mino ware became the form of pottery boasting the greatest production in Japan, both in terms of prestige and volume.

In order to create the unique pinched shape, multiple moulds are used for each product. This means that the joints need to be smoothened by hand, hence, it takes longer and is more involved than the construction of ordinary mugs.

Multi-roaster coffee stand specialized in filter coffee. We wish to introduce great coffee around the world.

No products in the cart.